Written by admin on September 3, 2012. Posted in Detection, Research 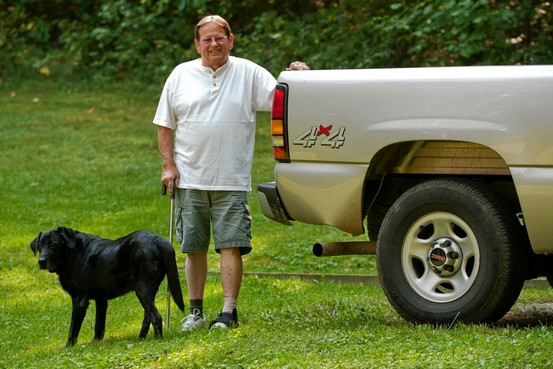 Family members of J.D. “Jasper” Cain suspected he had Alzheimer’s disease as they watched the once fun-loving father and husband struggle with memory and movement. Three doctors thought he had Parkinson’s disease and kept raising his medication dose when he didn’t improve.

At his daughter’s suggestion, Mr. Cain, of Bedford, Ind., saw a neurologist last year who did an MRI, then a spinal tap. He found that Mr. Cain had a buildup of fluid in the brain called normal pressure hydrocephalus. The fluid was drained with a surgically implanted shunt. Now, 13 years after his symptoms began Mr. Cain, 70, is walking, joking and matching wits with TV’s “Jeopardy” again. “It was just like getting my life back,” he says.

What seemed like Alzheimer’s or Parkinson’s diseases turned out to be a brain-fluid condition in J.D. Cain of Bedford, Ind.

More than 100 other conditions, from vitamin and hormone deficiencies to rare brain disorders, can mimic Alzheimer’s disease, experts say. Some are readily treatable.

Alzheimer’s symptoms such as confusion, memory loss and personality changes also can be side effects from medication—even commonly used drugs. For example, the entire class of anticholinergic drugs, which includes many antihistamines, antianxiety drugs, muscle relaxants and sleeping pills, block the brain chemical acetylcholine, which sends signals in the nervous system. It is the same chemical that many Alzheimer’s medications boost. Cholesterol-reducing statins have also been linked to brain fog in some people.

In many cases, the cognitive symptoms vanish when medication is stopped. “I have had people referred to me with a clear history of dementia and when I started to peel back the medications, they were much better,” says Gary Kennedy, chief of geriatric psychiatry at Montefiore Medical Center in the Bronx, N.Y.

Traditionally, Alzheimer’s disease, whose main symptoms include memory loss, confusion and changes in personality or mood, could only be definitively diagnosed when an autopsy revealed the telltale amyloid plaques and tangles in the brain. But a new form of PET scan can spot such amyloid buildup in the living.

A positive test can’t confirm Alzheimer’s, because some people have amyloid plaques and never develop Alzheimer’s. But a negative PET scan can rule out Alzheimer’s and spur physicians to search for other explanations. An amyloid PET scan costs about $4,000; Medicare and private insurers have not decided whether to cover it.

Urinary tract infections can cause delirium that is often confused with dementia; symptoms usually resolve after a course of antibiotics. The herpes simplex virus type 1 can home in on the brain and damage the hippocampus, causing acute memory loss, even long after the acute phases of the infection have passed. Why it occurs in some people with herpes but not others remains a mystery.

Over 100 different drugs have side effects that can mimic Alzheimer’s in some people. Among the most common:

Depression is also sometimes confused with Alzheimer’s. One way to distinguish between them is by patients’ responses to cognition tests, Dr. Kennedy says. “If a person with Alzheimer’s disease doesn’t know an answer, they’ll fabricate one—they still try to please you. A person who is depressed is more likely to say, ‘I can’t do that,’ ” he says. Frequently, patients have both Alzheimer’s and depression. Studies by the National Institute on Aging have found people who develop depression late in life are at high risk for developing Alzheimer’s for reasons not well understood.

There is mounting evidence that some cognitive problems may be due to blockages in tiny blood vessels in the brain known as “silent emboli.” A study in the American Journal of Psychiatry in March found 43% of Alzheimer’s patients had these emboli—and their cognitive function deteriorated twice as fast as those that didn’t have them. High blood pressure, high cholesterol and diabetes all raise the risk for such silent emboli, as do many common surgical procedures. The damage they cause can’t be reversed but experts say reducing risk factors may prevent further harm.

The buildup of fluid in the brain that Mr. Cain suffered may be more common than previously suspected. A 2007 study of 147 nursing-home residents estimated that 9% to 14% met the criteria for normal pressure hydrocephalus.

Typically, the cerebrospinal fluid that bathes and protects the brain is absorbed and replenished constantly. In NPH, it accumulates, putting pressure on the brain and causing memory loss, difficulty walking and often incontinence. The enlarged ventricles can be seen on an MRI, but to confirm the diagnosis, doctors withdraw fluid with a spinal tap to see if the patient’s symptoms improve. If they do, a surgically implanted shunt that drains excess fluid from the brain into the abdomen can bring a significant improvement.

“I’ve seen patients go from about to enter a nursing home to playing golf again and traveling,” says Joseph Zabramski, a neurosurgeon at the Barrow Neurological Institute in Phoenix.

Like Mr. Cain, Alicia Harper, 78, of Longwood, Fla., suffered from the severe confusion, forgetfulness and difficulty walking characteristic of NPH. After a shunt was surgically implanted three years ago, “We go to church. She can play the piano, it’s amazing,” says her husband, Nildo Harper. “I don’t remember much of this—and I’m thankful I don’t remember,” Mrs. Harper adds.

NPH experts stress it is important to confirm the diagnosis with a spinal tap before surgery. “We don’t want to raise false hopes—it’s not a large percentage of Alzheimer’s patients who have NPH,” says Mark Luciano, a neurosurgeon at Cleveland Clinic. “But the idea that there may be even a small percentage of patients who have the potential to be dramatically improved with a shunt is amazing—if we can find them.”